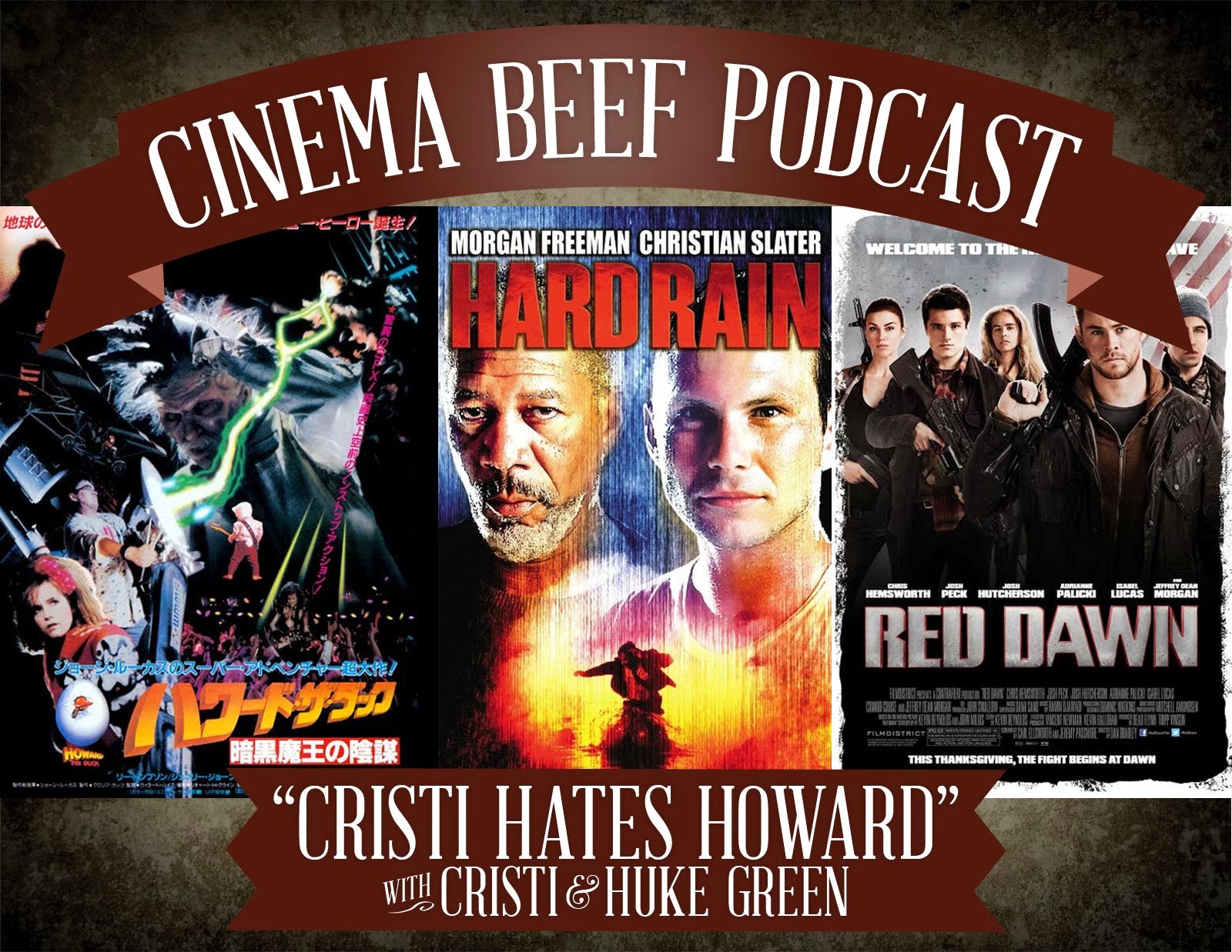 Cinema Beef is going out of the slaughter house and into the rain.  We welcome to the show Cristi and Huke Green from the brand new show Cristi Hates Horror.  Huke and I are letting her live a horror free existence with these three cinematic gems.  First up, we talk about the things a guy will go through for 12 bucks an hour in the action "thriller" Hard Rain.  Next, we talk aliens, catchy rock tunes and inter-species relations in the 80s classic Howard the Duck!  Finally, war comes to our homeland and the only thing standing in the way of total domination is Thor and his Wolverines in Red Dawn from 2012. Duncan is also back for a brand new episode of  The Fifth Dimension is Located Just South of Glasgow. So put on your slicker, practice your quack fu and always carry your AK!

Download here
RSS Feed
Check out this show and lots of other great shows on The League of Extraordinary Podcasts.

Posted by cinemabeefpodcast at 4:57 AM No comments:

Always Carry A Big Gun When Dealing With Hulking Seniors

Alex Edwards
Facebook : Alex Edwards
Check out Alex, Dan and Jamie on the Skeleton Crew available on the Horrorphilia network!

Music Credits
"Mother's Little Helper" performed by The Rolling Stones from the album "Aftermath"
"Commando : The Musical!" performed by Legolambs

Download Here
RSS Feed
Get Gav's, Duncan's, mine and tons of other great shows on The League of Extraordinary Podcasts!

Posted by cinemabeefpodcast at 12:24 PM No comments: 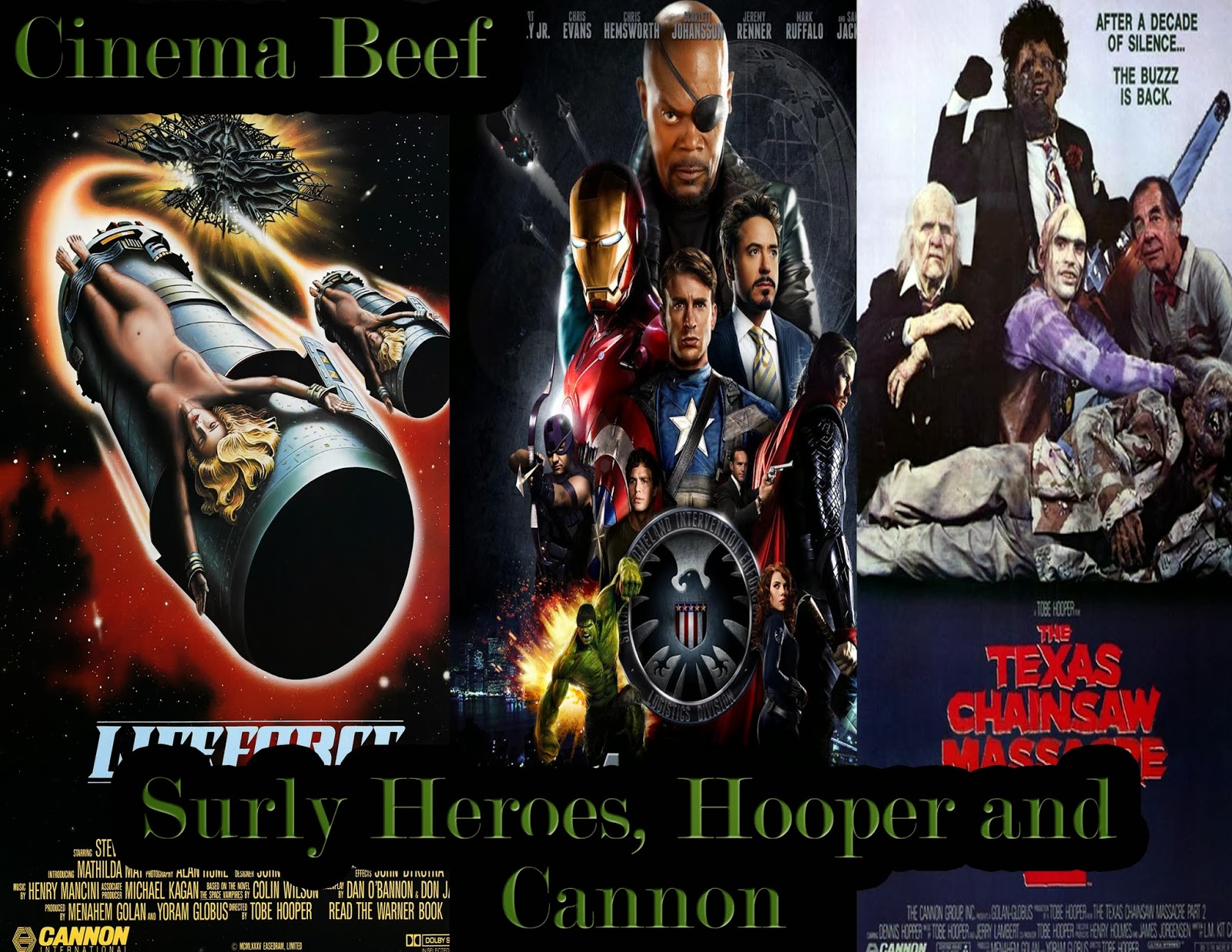 Cinema Beef is back and back into the horror game. I know you guys have heard me do some sappy stuff the last couple shows but everyone needs a change of pace. I am joined by Doctor Action himself Paul Crowson on the one. We tackle two Tobe Hooper films in this one with Lifeforce and Texas Chainsaw Massacre 2. Also, Paul shows his hatred for Joss Whedon's Avengers. Naked aliens, check. Chainsaw fight, check. Heroes destroying a major city, check. Should be a good time.

Posted by cinemabeefpodcast at 4:50 PM No comments: 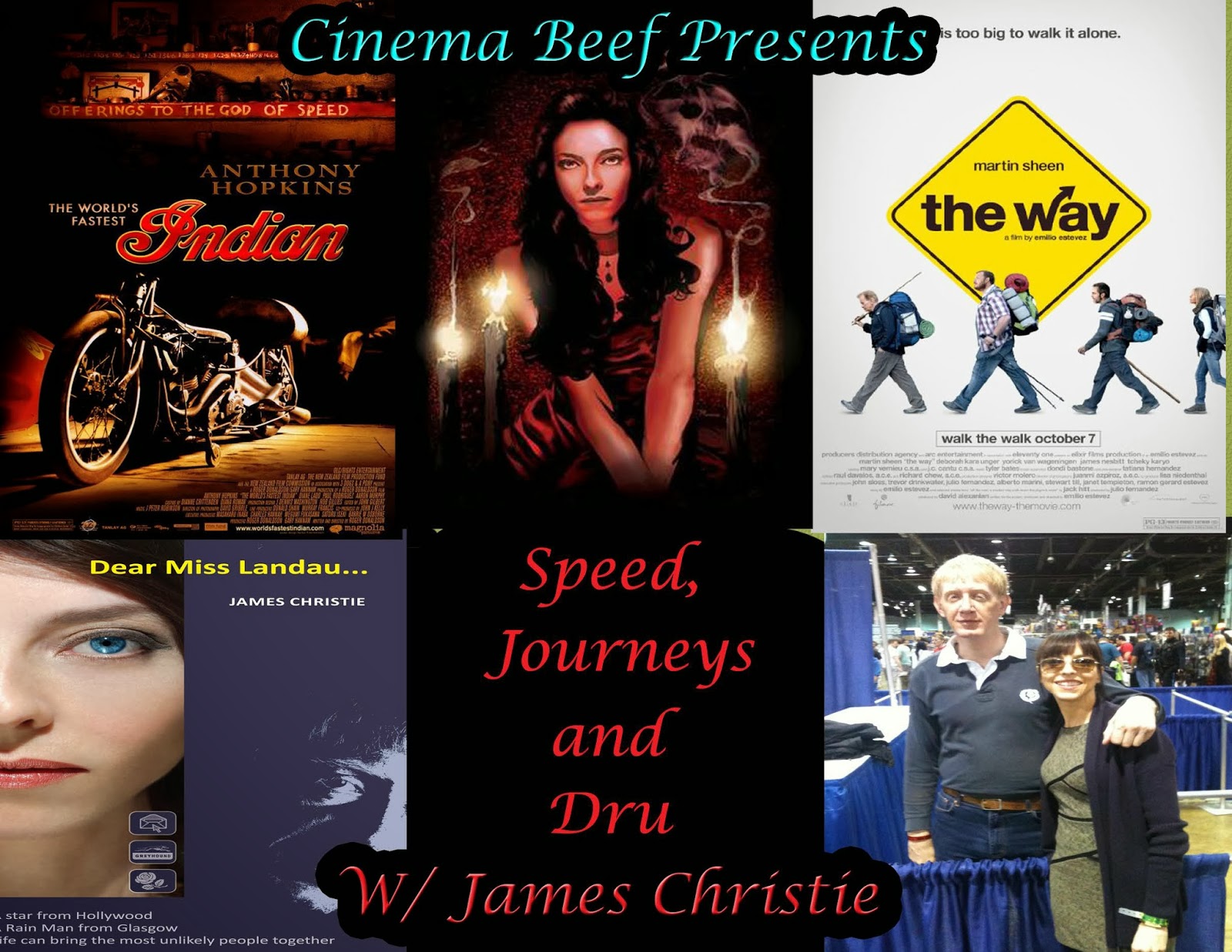 Cinema Beef is back and this time and it's a long one. I am joined by the scribe of the book "Dear Miss Landau", Mr. James Christie. This one plays like a long interview but we manage to fit some film reviews in there too. James talks about his travels, his struggles and all things Drusilla. We talk about two of James' picks in the Emilio Estevez directed The Way from 2010 and The World's Fastest Indian from 2005 featuring Anthony Hopkins. It is a great conversation with someone I'm glad to call my friend. Enjoy!


Posted by cinemabeefpodcast at 12:56 PM No comments: